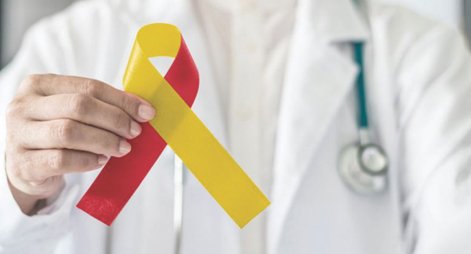 In Pakistan almost 12 million people are suffering from Hepatitis B or C
Worldwide, 300 million people are living with viral hepatitis, totally unaware. Without finding the undiagnosed and linking them to care, millions will continue to suffer and die. Dr. Nadeem Iqbal, gastroenterologist at Shifa International Hospital shared these views on World Hepatitis Day (WHD). WHD takes places on July 28 every year, bringing the world together under a single theme to raise awareness of the global burden of Viral Hepatitis in a bid to influence real change.
Dr. Nadeem said, within Pakistan, almost 12 million people are suffering from Hepatitis B or C. Each year brings about 150,000 new cases. The majority of the people catch the infection in healthcare settings without being aware of it. The disease is called a silent killer because many patients remain undiagnosed and untreated for many years before developing complications and dying.
Viral hepatitis is the 8th highest cause of mortality globally and was responsible for an estimated 1.34 million deaths in 2015, a toll comparable to that of HIV and Tuberculosis. Globally, approximately 257 million persons are chronically infected with Hepatitis B and 71 million with Hepatitis C. At this rate, an estimated 20 million deaths will occur between 2015 and 2030, Dr. Nadeem shared.
He talked about highly effective recombinant vaccines that are now available for the treatment of Hepatitis. Vaccines can be given to those who are at increased risk of HBV infection such as healthcare workers. It is also given routinely to neonates as universal vaccination in many countries.
Dr. Nadeem said, Hepatitis B Immunoglobulin (HBIG) may be used to protect persons who are exposed to Hepatitis B. It is particularly efficacious within 48 hours of the incident. It may also be given to neonates who are at increased risk of contracting Hepatitis B i.e., whose mothers are HBsAg and HBeAg positive. “Other measures include screening of blood donors, blood and body fluid precautions,” he stated.
Major risk factors for the transmission of Hepatitis B and C infection include therapeutic injections, syringe reuse, surgery, improper sterilization of invasive medical devices, blood transfusion, hospitalization and sharing of razors. Some population groups are highly affected by Hepatitis B and C such as injecting drug users and Thalassemia patients, he concluded.